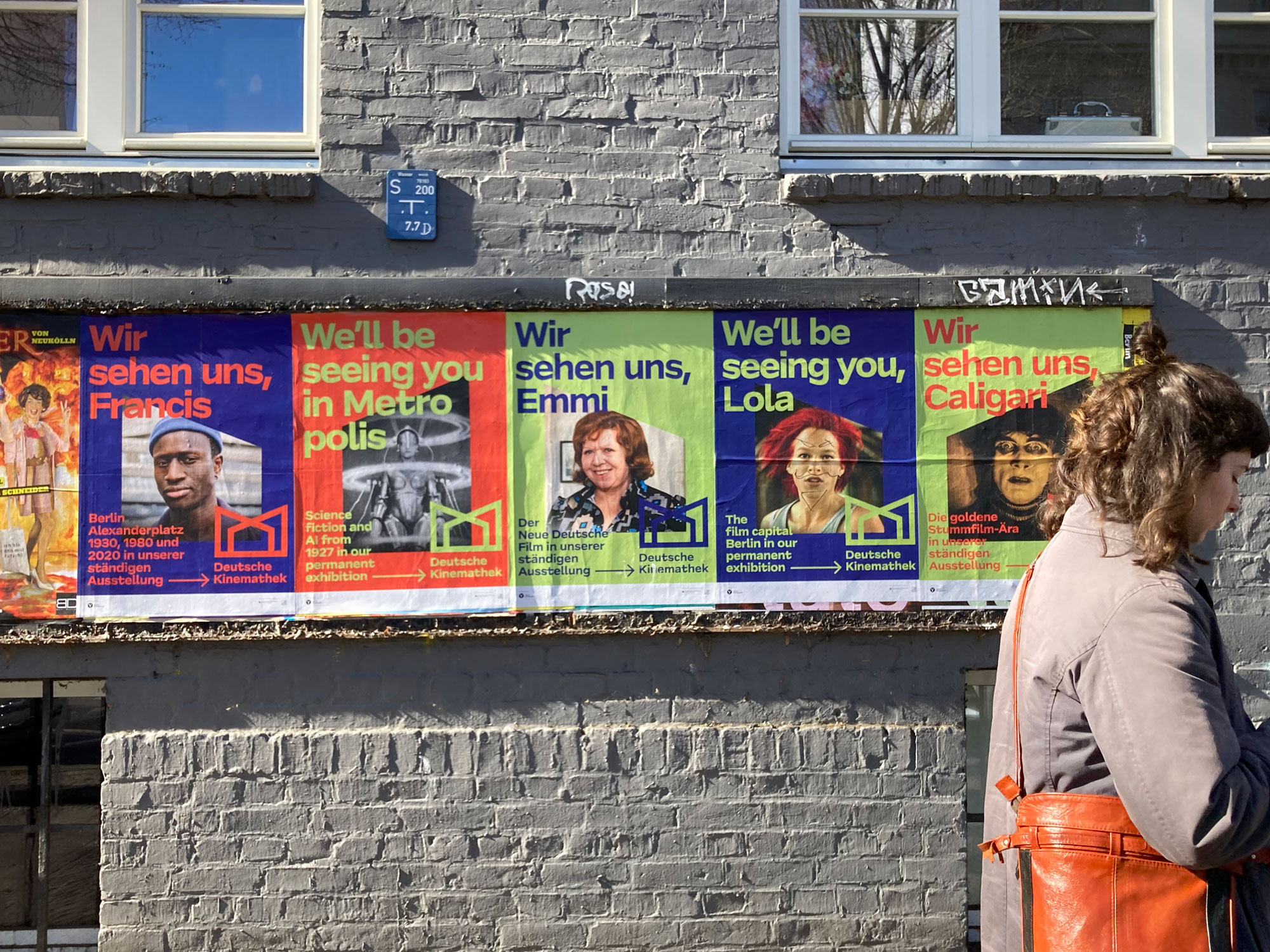 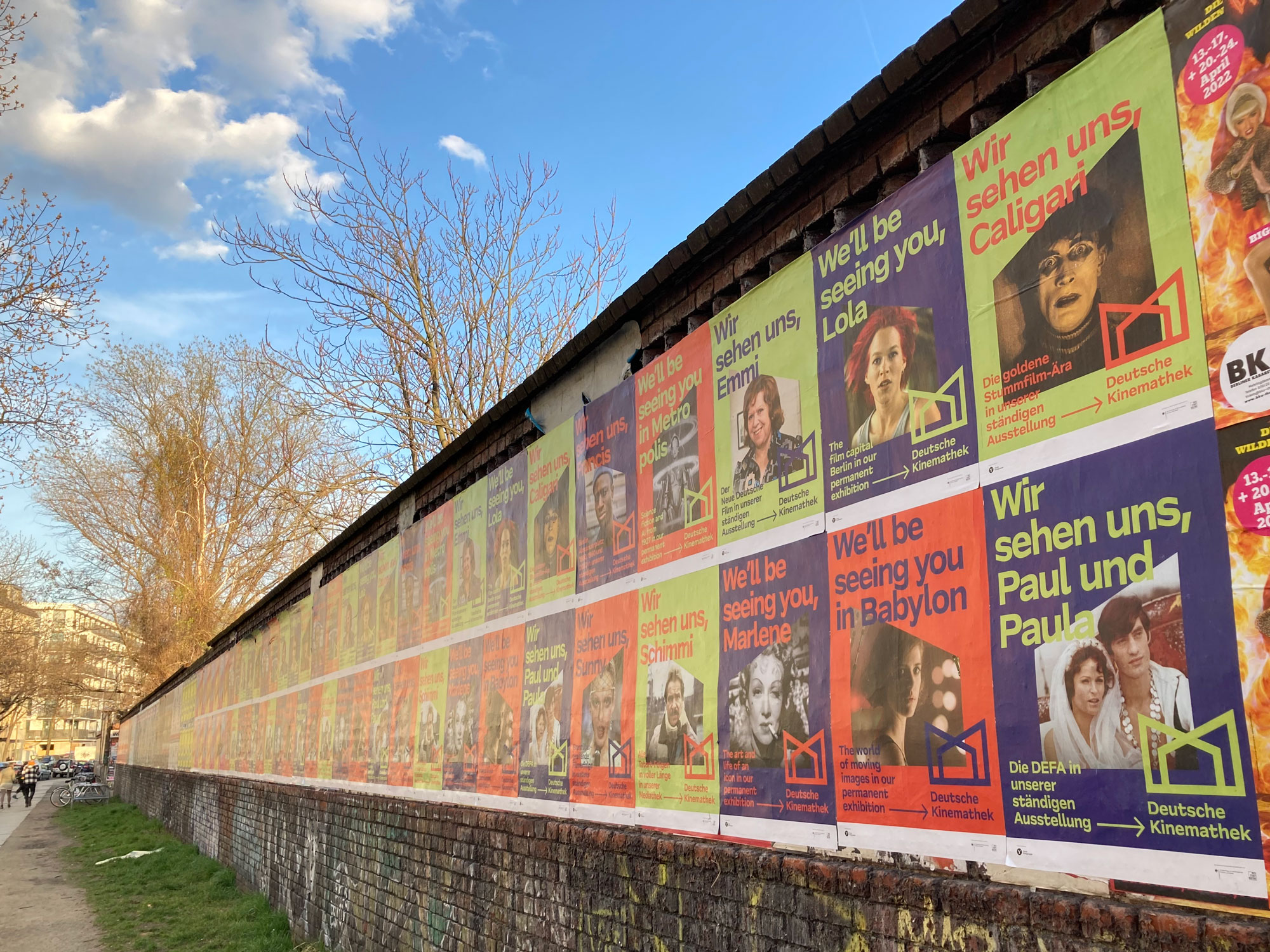 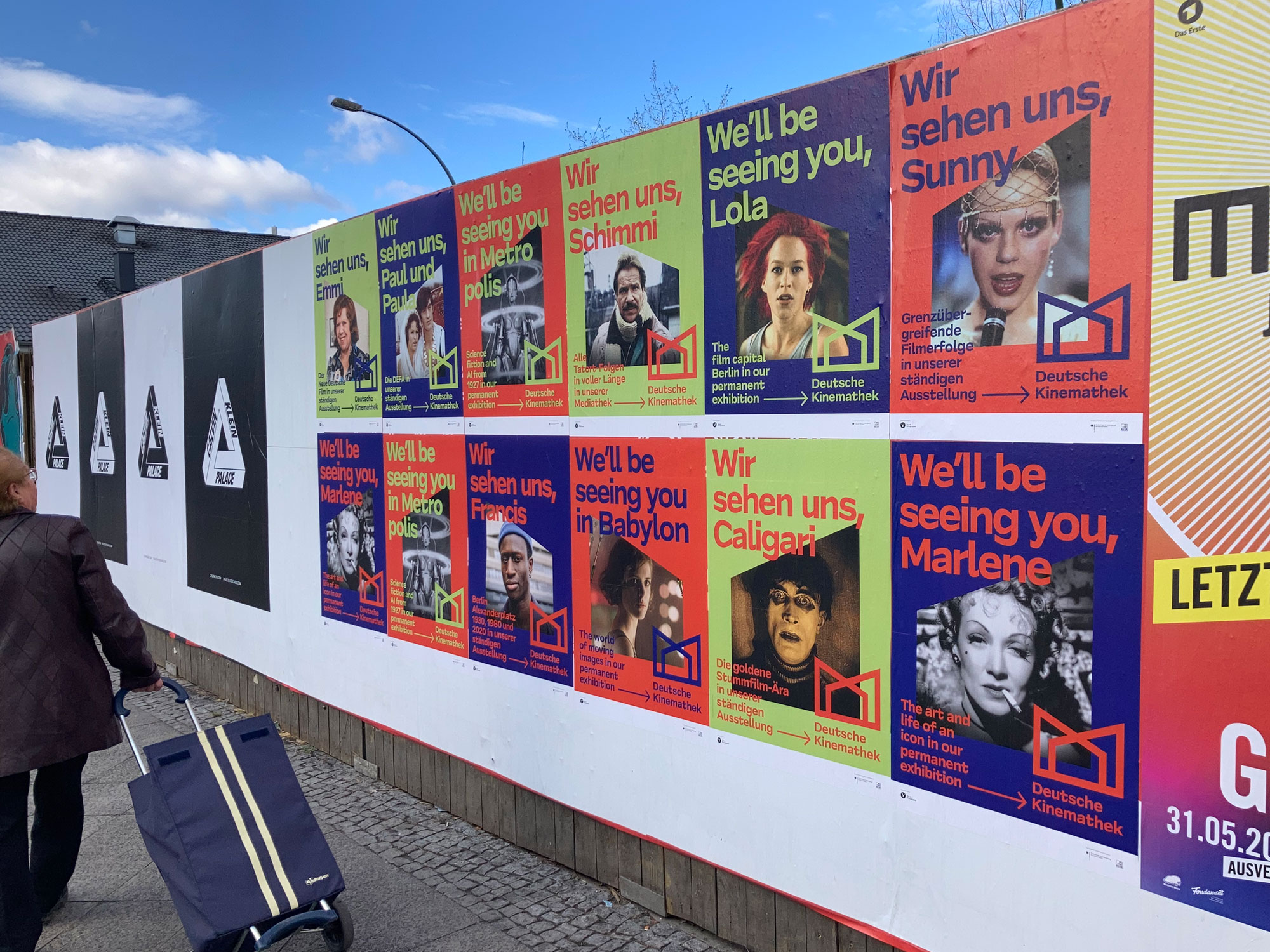 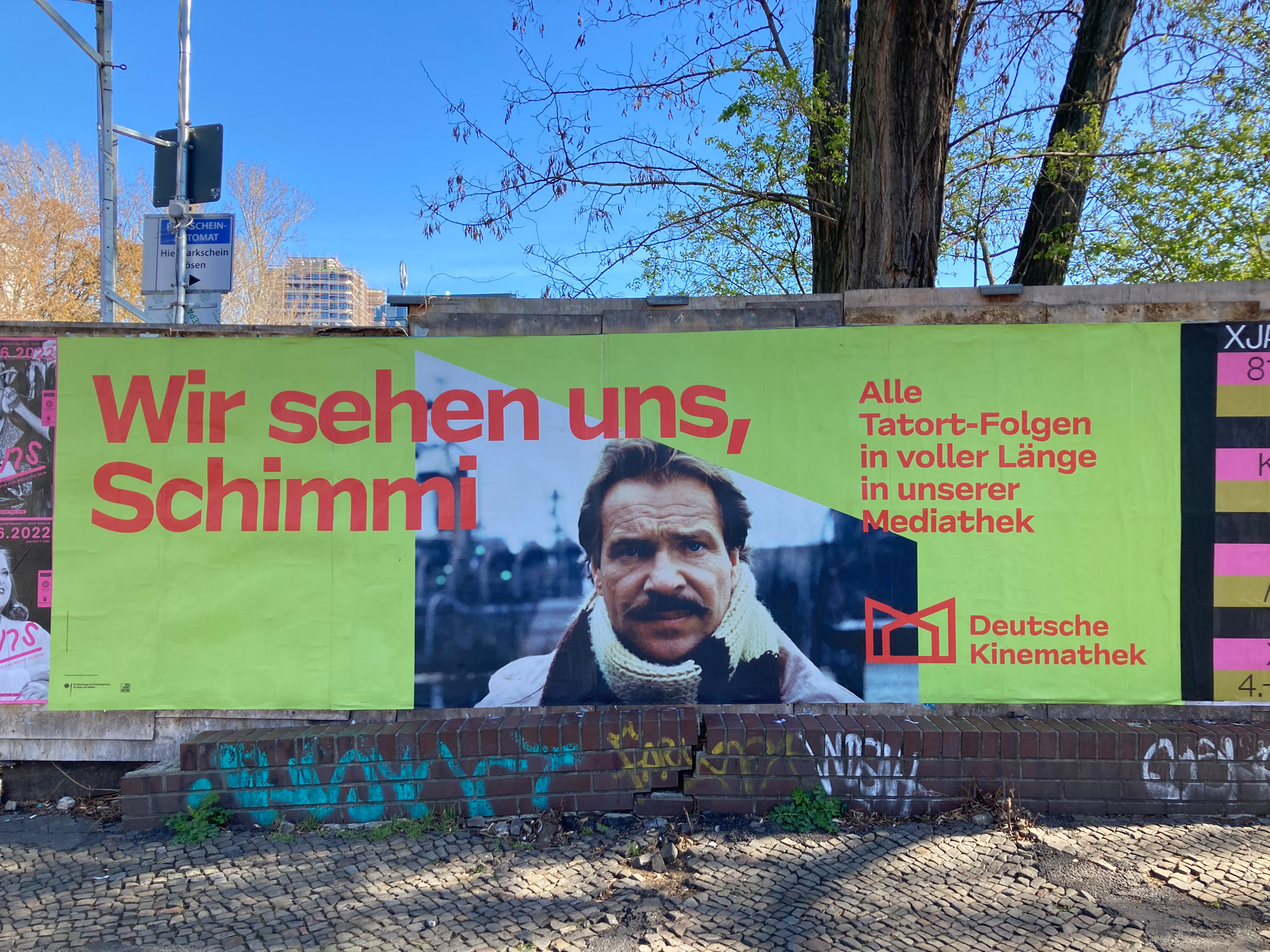 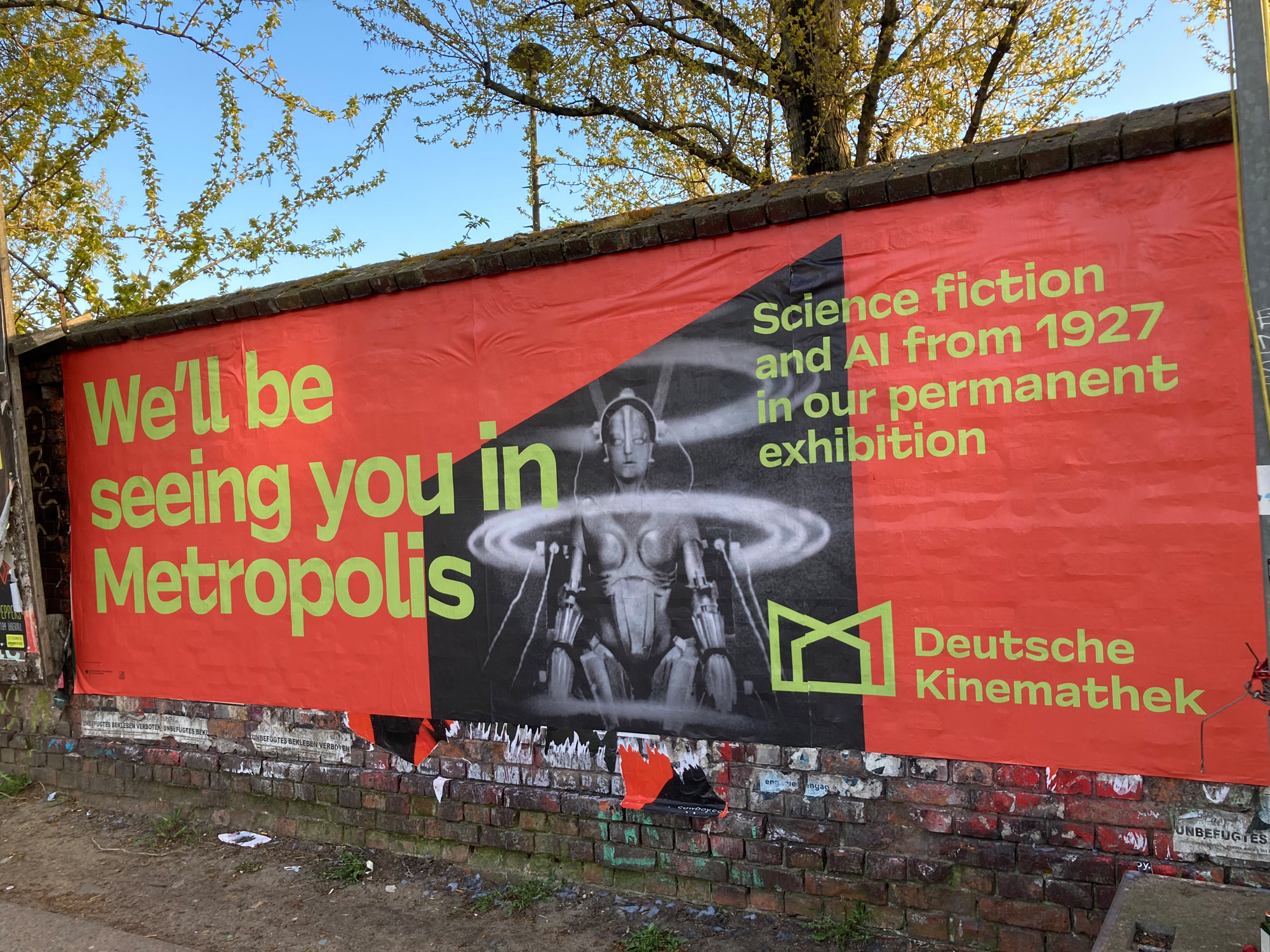 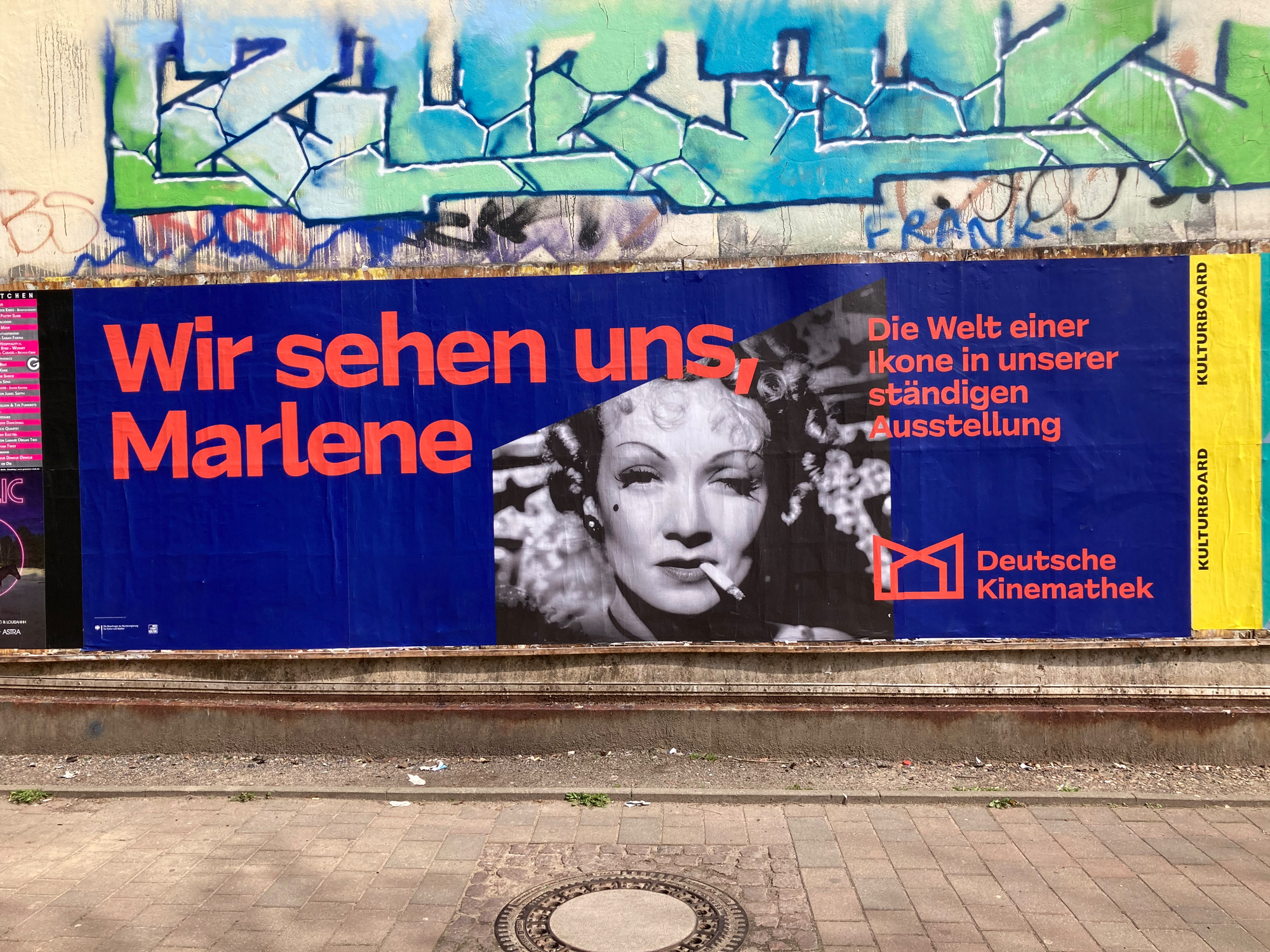 The Deutsche Kinemathek followed our recommendation and, for the first time, ran a comprehensive image campaign, in other words, a campaign that is not linked to special exhibitions or festivals.

The campaign that we developed specifically addresses people in Berlin and tourists who are already in the city but are not yet familiar with the museum and the Kinemathek, online and in the cityscape. As a result, the Kinemathek was able to boost its profile in a short space of time, which was directly reflected in a significant increase in the number of visitors.

For the music of the image trailer, we were able to win singer and composer Sophia Kennedy, who provided us with the song "I can see you" from the new album "Monsters".